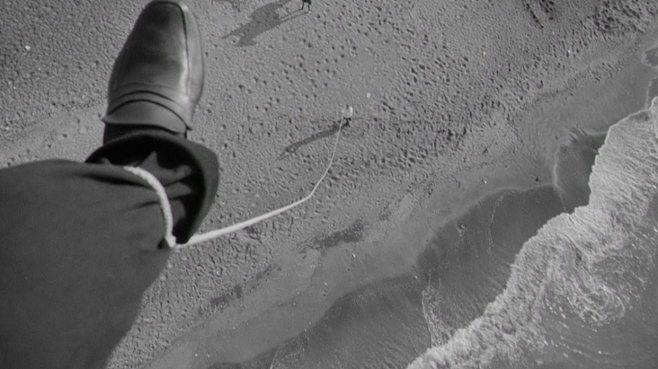 Lured under false pretenses, Baldassare was instructed to arrive to the W-FAD studios at six a.m. sharp for hair and makeup. He didn’t want to call attention to the fact that he had no hair, and would therefore likely not need to be there so early for so much preparation. So he agreed. That was what he usually did to avoid conflict. What had gotten him so hopelessly fucked over in the latest divorce, his second (really third, but he, like Ross Geller, also had an annulment he preferred not to include as part of his “divorce section” of relationships). His newest ex-wife, Patrizia, had been threatening to return to Genoa with their six-year-old daughter, Stupida, for the past few months if he didn’t cough up more money from the income of his restaurant instead of “feigning” that he didn’t have any to spare.

Since the harsh stipulations of his alimony required that he pretty much bend over and surrender his crevice to her in any metaphorical way she wanted, he was finding himself between a real rock and a hard place. He was starting to surmise that maybe he knew no other way of existence. And maybe, as with Tony Soprano, it all began with his ball-busting mother, who seemed even now to have his testicles in a vise grip. His testicles were used to the vise, so he kept adding vises for other women to hold parts of them in. The latest being Raegan, a girl somewhat inappropriate for his age, but mature beyond her years, he reasoned. It was Raegan, as a matter of fact, who had gotten them onto this talk show claiming to offer a free getaway to the Caribbean if a couple spoke publicly of their issues to the good host/quack. She said what they needed right now more than anything was an escape–from Patrizia, Stupida (who was very stupid indeed) and all of the baggage of Baldassare’s (who she had taken to calling baldy) past that kept floating up like an oversized shit in a clogged toilet. This, in truth, was what Baldassare’s life amounted to: a clogged toilet. Simply overflowing with too much for any plumber to handle. But Raegan would try–had been trying. Even though she refused to acknowledge the presence of Baldassare’s latest ex or his daughter as a means of playing a well-known game called “If You Ignore It, It Doesn’t Exist,” she felt she really was trying with him. Exposing him to new things, to the adventure that no one else in his orbit seemed to want him to have.

She wanted him to have it–and not just because he was actually open to new experiences in a manner that most men her own age were not, but because, she found, she had genuinely started to care for him. At first, her interest had only stemmed from a place of believing he might be some sort of catalyst for her culinary career–for she didn’t exactly always want to be a waitress at his eponymously named restaurant. No, she had grand plans for at least rising up the ranks inexplicably to sous-chef after sleeping with him for long enough. That had been her intent, at the outset. But when it became clear that Baldassare didn’t understand how the game of quid pro quo worked and Raegan still continued sleeping with him, she had to admit somewhere deep down that maybe, just maybe, she actually liked him. Or was she just getting soft in her “end of ruthless youth” period? No, she would not call it old age. That classification was only reserved for men like Baldassare himself. Who had to admit that Raegan could be his last best chance at love (or whatever). So he ignored her when she made little digs–slowly chipped away at his sense of self-worth with the ice pick that was her tongue. They typically always pertained to his wasted life before she came along–how he might have spared himself the banality of a wife and kid had he been a little more patient and waited for her to appear. He took it in stride, of course. That was what he did. What he had to do if he wanted her to stick around. And, for the time being, he still wanted her to. So he obliged her in this absurd talk show request that would be undeniably humiliating and not necessarily worth the exchange of any remaining shred of his dignity for the tradeoff of some cliche “getaway” in middle class couple terms.

And yet, whatever Raegan wanted, Raegan would get. For now, he told himself. Just until she got too comfortable and he pulled the rug out from underneath her–showed her who was really in control. For weren’t the men–no matter how physically, emotionally or financially inferior–always in true control? What with the hetero ratio and all? Baldassare would wait to burst Raegan’s bubble on that one, pulling up to the W-FAD studios at six a.m., as demanded. Raegan’s call time had been even earlier, at five. He had to admire her commitment to winning something for “free.” Though the true cost of this trip would become obvious to him as the makeup girl finished touching him up with “a hint” (more like a fucking glob, he thought) of pink blush and led him to another, more sequestered part of the studio, where he could discern three figures making expressive gestures at one another inside of a glass encasement (surprisingly, not soundproof, as one would expect for this type of scene).

Dr. Robert, the show’s host, popped out as Baldassare got close enough to see what was actually happening. There Raegan was, tied up to a chair as Patrizia and Stupida wailed and squalled, focusing on the subjects of calling out for Baldassare–where’s my dad, where’s my dad?, etc.–in between dubbing Raegan a common prostitute and a Jezebel.

Baldassare looked from the improbable scene to Dr. Robert. “Am I in a nightmare?”

Baldassare still couldn’t understand. Dr. Robert, seeing the remaining traces of confusion on his face, simply added, “It’s all explained in the waiver you signed. Now, if you don’t mind, could you step back behind the glass so we can get more shots of Stupida calling your name in between accusing Raegan of being a whore?–can’t imagine where she picked up that word up from,” he winked as he looked back toward Patrizia. “Anyway, these shots are going to provide the intro for today’s show, and we’re going to intersperse them throughout the special. We’re calling it: Fellini Syndrome. Of course my producers think this title is going to go way over the audience’s head–but hey, call me a sucker for still giving humanity the benefit of the doubt on comprehending the camp value of combining high and low art.”

Floored by this turn of events, an open-mouthed Baldassare was easily ushered back behind the glass while a pleaing and squirming Raegan begged him not to go. But it was out of his hands. This had all been her doing, after all. She was the foolish wannabe bourgeois who had taken the bait of this trip to the Caribbean–would she even still want to go after all this? How could Baldassare possibly be held accountable for her actions? The ones that led them to this very strange set of circumstances. At the same time, he had to concede that Raegan would have no one to be locked in a room with and tortured by were it not for his own careless tomfoolery in the past. Yet, by the same token, he couldn’t seem to control the smirk that was crawling across his face as he watched her writhe and wriggle in the agony of being subjected to this waterboarding sort of interaction with his issue. And isn’t it funny, incidentally, that another word for a child is “issue”? Because that’s what they are. Or, rather, that’s what they are when you just can’t remain committed to the same woman that created them on your behalf.