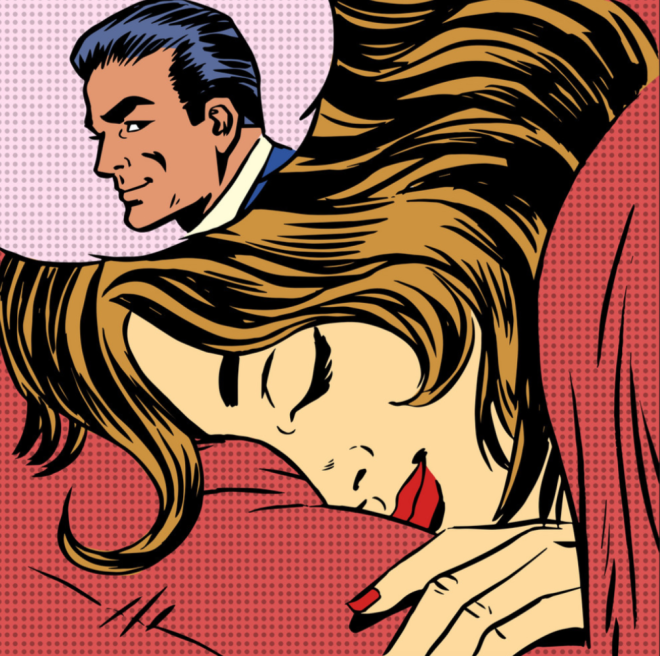 There exist many types of men, and yet, ultimately just one: the kind who leaves. But  within that category are, of course, sub-categories. The man who leaves and says “but”–as in there are caveats giving him good reason to do so–the man who leaves and says nothing, the man who leaves gradually via philandering, the man who leaves and feels completely justified in doing so without any remorse whatsoever for the life he’s about to ruin. Ashby, unquestionably, fell into the latter category. Though he would perhaps reason he was more of the “man who leaves and says ‘but’.” This was something Ellis would never be able to argue against, make him see the truth about in terms of his cruel, callous nature. The one he deemed essential to living his best, most enriched life. “Can’t stay attached to the same people or place forever, Ellis,” he would always caution, as though conditioning her to be prepared for his inevitable and unexpected absconsion. And, in fact, he had. But it still surprised her when the day actually came. When he finally sprung it on her with the hackneyed line: “Ellis, we need to talk.”

What followed was a semi-detailed timeline of when he first realized he couldn’t love her in the way she needed to be, that he had to be free in order to perform his own art, which up until now had primarily manifested in a number of scrapped manuscripts all fundamentally amounting to the same premise pointing to the same underlying cliche: he was a fucking narcissist like every writer wanting to use their main character to live out a better, yet sicker still version of their life. And though she gave the space and isolation to create these different iterations of himself, even so, it was not enough to make him want to stay. To make him see that he would never find someone as worthwhile for any other attempts at monogamy. You can’t force a blind man to see anything, let alone reason. And as he sat there prattling on about all the sensible motives he had for wanting to break up, he had the further gall to hold her hand while so doing–as though this gesture would prove soothing as opposed to infuriating. She couldn’t look at him after a couple of minutes, at least not directly in the eyes. It was too maddening. There was not any trace of moistness in them, no sign at all of verging on tears, the only appropriate expression of sadness and remorse to convey the gravity of what he was doing to her. Up and bouncing out of town–just like that, at the snap of a finger–after four years of undiluted devotion on Ellis’ part. Ellis, who read the same barely edited pages over and over again while still managing to offer up varying side-stepping comments, who encouraged him to keep working at it, that surely someone would come beating down their door to offer him a publishing deal (as if such things happened to anyone other than white men of a bygone era–Hemingway, Salinger, Roth, etc.).

She flashed back to the first time they met, like Joe Goldberg and Guinevere Beck, at a bookstore. Neither of them was working there, but both were asking for the same title, Just Kids (it was 2010, at the height of renewed Patti Smith fever as a result of this book). Because it was L.A., and keeping books well-stocked was always a shit show in terms of booksellers being blindsided when generally illiterate residents of the city actually managed to cause something to sell out, the competitive vibe between them was established immediately, with Ellis winning out in the end as a result of Ashby wanting to secure a date with her in exchange for surrendering this life-changing autobiography. She consented, and the two met up later that week for a “no-pressure” lunch date at Le Figaro, the place where one could non-committally see and be seen thanks to the outdoor sidewalk seating, which Ashby was quick to capitalize on, though Ellis seemed to prefer to want to sit inside, where the ambience wasn’t so decidedly “fishbowl.” Over time, she would come to find that “little things” like this with regard to subjugating her will would simply become the norm in their dynamic. But she ran with it, out of love. Isn’t that what it was? Why else would she do it? Push her own desires and aspirations (specifically, the anachronistic practice of sculpting) to the side in order to be there for him in any and every way she could? It all smacked so annoyingly of Diane Keaton’s character in The First Wives Club–and yeah, maybe, in the end, Ashby was even less worth all the sacrifice than Aaron (played by that gross dad from 7th Heaven). But in the moment, it didn’t feel like that, one-sided in emotions as the relationship might have objectively been. From her subjective vantage point, however, there was love, no matter how paper thin its expression on his part.

Ah, but yes, there he was, telling her that it was all going to be fine, “for the best.” That this pain would spur her on to at last create something “truly great.” “Maybe even something that could rival Rodin’s work,” he added as a further means of smoke blowing placation. His calmness was unfathomable to her. All she could think instead was: What am I going to do now with all these wasted years? How can I possibly channel that into anything other than crippling melancholy? Ashby would likely inform her that she probably wasn’t a real artist if she couldn’t use her suffering to give birth to some sort of masterpiece. That’s when it dawned on her: he hadn’t reconciled the falsity of the egregiously peddled lie told over the centuries that in order to be “great” as an artist you had to be heartless and cold-blooded. But could’t he see? Couldn’t he fucking see? Every memorable work of art, from literature to painting, was all centered around love in some way, not a lack of it. Not some inhuman ability to feel nothing and move on without experiencing at least some pang of guilt and/or agony.