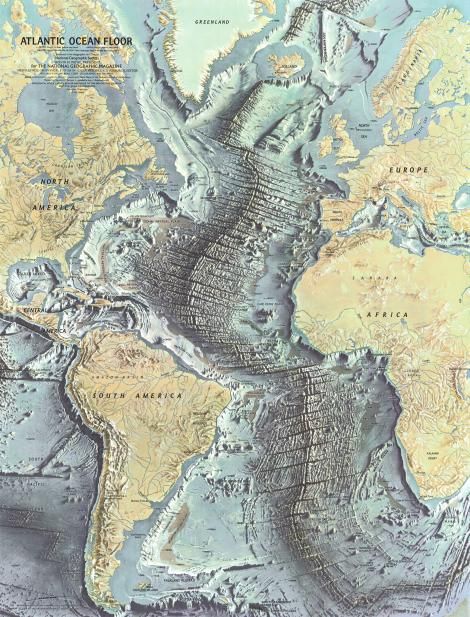 Everything about Paris has already been said. And even that’s a cliche. There is no thought, no feeling, no sexual act that hasn’t already been committed and/or rendered to screen, page and stage. In this regard, the New York connection is apparent. For just like Paris, all who come to stay for a while feel inclined to express their own “unique” opinions on it regardless of knowing that there is nothing new to expound upon. It’s just an effect both places seem to have on people, being as sensitive as they are to such vast and extensive stimuli present in both cities. Granted, London tends to do the same, but the relationship most have with it is not as resonant, for one truly must be an Anglophile (or born in the U.K.) to enjoy the specificity of Britishness–its lack of universality making it less endearing than the romantic notion of moving to Paris or New York to “make it,” whatever the field of pursuit may be–though, generally speaking, the pursuit is always naive and antiquated in practice, i.e. writing (most popular because it requires the least amount of investment in accessories), painting (increasingly rare), sculpting (nonexistent) or music (band members are a dime a dozen). Yes, it seems everyone who comes to Paris or New York does so with preconceived notions and expectations that are damned to be obliterated at most after a year, which is, incidentally, about the amount of time it takes to possibly–maybe–secure an adequate network of friends, and that’s if you aren’t predisposed to antisocial tendencies (but then, who isn’t in the age of the internet and all of its various streaming outlets?).

However, should you manage to secure the feeling of having friends in either city (each filled with users as it is), there is never quite that sentiment that they will really be there for you if something were to happen, like, say, you blacked out while riding your bike home and found that you had ended up in the hospital upon waking. And thus there is something fundamentally lonely about each city despite the fullness of their populations, the sheer density of competitive dreams. Then there is the consideration of all the death that has occurred in each place–all that haunted energy, most especially in Paris, where one’s tragic demise was and is always in style (here’s looking at you, Oscar, Jim, Josephine, Samuel, Marlene, Diana). New York’s aura of death is not without a similar palpability–just walk into the Chelsea Hotel, or drive over the BQE where the unavoidable sight of Calvary Cemetery will assault your vision, just as it did to Ryan Phillippe in Cruel Intentions. The feeling that a calamitous downfall is just around the corner is never very far–that sneaking suspicion that you, too, will end up just another gone and forgotten soul of the city. Which is almost certainly assured. But still, you go. You have to. Don’t know what else to do or where else you would even fit as a piece of this fucked up puzzle called the world. At least, this was 29-year-old Ally Larsson’s logic when she figured that New York had become so boring in that iconic Lexi Featherston-described way that Paris was the only viable next step on the trajectory toward “being an artist.” So it was that she up and left town one day without saying so much as an “au revoir” to any of her so-called friends. She knew they wouldn’t care, not really. You’re only as good as your last public appearance (also a trait of Paris), and Ally hadn’t made one in months in her bid to save enough money for “getting set up” in a new city. It was, incidentally, her Swedish ancestry that secured her the dual citizenship she would need to stay in the country without having to marry some fuckboy. No, just as she had in New York, she would “make it” on her own, even if it meant a constant combination of total isolation and destitution. The latter of which was sure to come with her pittance-paying occupations as teacher of English and bookstore employee (this rare and anachronistic second profession, in an unheard of stroke of luck, presenting itself through a New York-based acquaintance who had mentioned something months ago about a potential stocking position opening up).

Within the first month, she was already irritated by the students, most of them required to take English lessons and therefore totally disinterested. This disinterest, in turn, made Ally feel the same. And even though she was constantly busy or preoccupied with some moneymaking task, there was still always time to feel the loneliness creep in, the same loneliness that had followed her from New York, like an invisible cloak or an imaginary “friend” that didn’t want to be forgotten. And though she was making “fast friends” easily enough at various literary events she would attend in her purported role as writer, there was the same lingering feeling that this wasn’t how it was supposed be that also invaded her in New York.

As the next couple years went on, she would, likewise, transfer neighborhoods as randomly and out of nowhere as she did in Brooklyn (yes, it was all still très Brooklyn no matter how far she got, temporally, from the city). Each area, just as New York, had its own set of subcultures, the kind that you either fit in with or didn’t. If you were poor in the non-white artist way, chances are you lived in the tenth arrondissement, near the teeming with skeeviness Gare de l’Est. If you were one of the post-2010 Williamsburg ilk, maybe you lived in the part of the tenth that didn’t feel like a war zone so much as a place to drink freely by a body of water, Canal Saint-Martin.

If you were the asshole born into the kind of wealth that made you a candidate for living on the part of the Upper East Side not riddled with Irish bars or the part of the Upper West Side where Lauren Bacall and John Lennon once had homes, then you were likely to be found in the sixteenth. In short, every neighborhood of Paris and New York can be categorized by class level and category of ambition. This was what weighed on Ally the most as she sifted through the debris of homeless people on one street (calmly lying down on the sidewalk as though it were the most natural bed in the world) and the cackling, out of touch tourists on another (one likely near the Louvre or Eiffel Tower).

She knew she had come for a change, but what was really different? Other than the glamor of the mental and visual disorientation of being on another continent that was gradually starting to wear away as though she had been forever a part of this portion of the globe. And while stocking a new addition to their inventory, a Sylvia Plath biography called Mourir Pour Vivre (a title that felt all too plangent [plangent Plath] to Ally at this particular juncture of her perpetual state of abulia), she wondered if it must not be more than merely the unshakeable correlation between New York and Paris that was getting her down. It must be that people, everywhere, were disappointing. And this was concentrated in the two most major and classic artistic hubs of the world rendered in this modern era of monetary obsession as merely two sides of the same euro, transforming all art into art sans pureté.

Riding the metro home that night, she wondered if she might find solace in some other city, one “undesirable” for its lack of having enough of a “scene.” She would have to investigate a move to Vestmanna toute de suite, where perhaps she would finally finish her book about being seduced by two rapists in the form of cities.